Ethiopian Reinsurance SC a.k.a. (Ethio-Re) promotes calls for papers for the first national life assurance summit to share evidence and experiences related to challenges and opportunities of life assurance and how the business can be scaled up considering its untapped potential in Ethiopia.

We invite submission of research papers that connect to the life assurance business. We particularly encourage research that informs decisions related to the business of life assurance and public policy, including perspectives on the economic impact for the insurance industry and how to curb structural challenges in the way forward.

Topics of particular interest include but are not limited to:

We welcome submissions of both theoretical and empirical manuscripts.

ETHIO-RE AND OMAN RE SIGN A MEMORANDUM OF UNDERSTANDING (MOU)

The agreement was signed in the presence of – Dr. Juma Bin Ali Al Juma , Board Chairman of Oman Re and Ethiopian Reinsurance Company, represented by it’s Chairman - Mr. Hailemariam Assefa Yeshitila at the ceremonial event in Muscat. 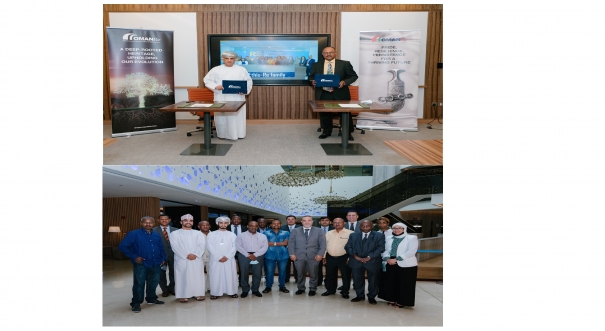 The acting Chief Executive Officer in charge of Ethio-Re , Mr. Fikru Tsegaye and all Board members of Ethio-Re, gathered in Oman Re’s offices for this important moment.

This MoU, defines the frame for future cooperation between Ethio-Re and Oman Re.

“We are very pleased to see this MoU in place as it paves the way for great synergy between our two entities, in solidifying the business relationships in many fronts including human resources capacity development, business reciprocity and jointly working to foster the business of insurance and reinsurance through an effective partnership”, said Mr Fikru Tsegaye.

“This agreement will allow both organizations to contribute to improved coordination and also to ensure timely exchange of business and strategic partnership data to the benefit of both,” explained Mr Mr. Hailemariam Assefa Yeshitila , during the ceremony.

Oman Re is the first reinsurance company to be established in Oman with the purpose of writing Facultative and Treaty business from local and international markets.

Oman Re’s current territorial scope includes all Afro-Asian countries, CEE and CIS markets and it writes marine and non-marine lines of business. Oman Re’s leadership team welcomed the 10-member Ethio Re delegation comprising of their Board of Directors and Acting CEO.

The 5th Annual General Meeting of shareholders (5th AGM) was held on 15th of December, 2020 at Hilton Hotel starting 2:30 pm.

Ethio-Re- registered a commendable performance in terms of yielding good operational plus financial results as well as in putting the foundation for greater progression opportunities in the years to come. This was disclosed, during the 5th Annual General Meeting of Shareholders of the Company held at the Addis Abeba Hilton Hotel on December 15, 2020.

Speaking on the occasion, Ato H/Mariam Assefa , Chairman of the Board of Directors of the Company noted, during the period the company has registered growth in terms of gross written premium, investment income, and profit over the previous years. According to the chairperson, the performance comparison with previous years in this regard showed that Ethio-Re is in a trajectory of growth.

Ato H/Mariam also mentioned in the period, the Company is in the final process of preppartion and implementation of long-term strategic plan with Deloitte Consulting Ltd., the largest among the big 4 International consulting firms. According to him, the partnership is aimed at enabling the Company to be competitive and ensuring the sustainability of growth.

The meeting that followed the key-note address dwelt on several issues according to the Company's financial and operational performance during the reporting period, as well as on matters regarding the appropriation of profits, remuneration of Board of Directors, payment of service rendered by External Auditors et al.

The shareholders also made a vote for the appointment of 5 Board election committee members to replace the outgoing Board of Directors in place of Directors whose tenure will end next year. The 5th Annual General Meeting reached its conclusion with a declaration of a dividend  to be paid on fully paid shares.

On behalf of Ethio-Re it's with great pleasure we announce the appointment of Ato Fikru Tsegaye  as Acting Chief Executive Officer of Ethio-Re  effective 19, September, 2020.We, therefore, kindly request for continuance of your usual business relationship and support to the company.

Ethiopian Reinsurance SC a.k.a. Ethio-Re conducted its 4th Annual General Meeting (AGM) of Shareholders on Thursday 12th December,2019 at Skylights hotel, Addis Ababa , Ethiopia. During the event, it was reported that the financial year 2018/19 has been a great year, in which the Company successfully achieved the targets planned.The Company registered 6% increase in Gross Written Premium compared against preceding year’s results and registered Birr 144.5 million profit before tax in the reporting year.

You are cordially invited to attend the 4th annual general meeting (AGM) of shareholders scheduled to be conducted on Thursday, 12 December, 2019 at Sky- lights hotel ,effective 2:00pm ,afternoon.

Board of Directors, Ethiopian Re

Lists of Insurance Companies in Ethiopia